It was a good, cool Saturday night in September. The weather was comfortable enough to wear thin clothes, for others shorts and sleeveless tops, depending on one’s weather tolerance. I was wearing a long sleeve top and a sort of palazzo pants. At 8 pm, Anguk was hushed and uncrowded, a few wayfarers here and there. It was illuminated by cafe and restaurant lights, with some small pubs around, but the noise was soft.

I was anticipating. I booked a walking tour, but it’s not your usual Seoul city tour. As a solo traveler, I don’t have the urge to join a tourist group tour or avail any tour package, but I do like to join one or two short creative tours to propel learning about the city/country’s history and culture. In the case of my solo “Seoul Searching” expedition, I excitedly booked the Dark Side of Seoul.

Dark Side of Seoul is not the sort that the KTO would openly promote as it deals mostly with not only ghost stories but also the country’s dark, grim history. This is the kind of tour I like. It is easy to read about the history and symbolic significance of every palace in Seoul, but the tragedies, the blood sheds, the brutal oppression and scandals that occurred on the narrowest of alleys are bitter yet interesting truths that people interested in Korean history should learn about.

Their regular tour goes for about 1.5 hours, but I joined their Extended edition that goes for 2.5 hours. The tour begins at either Anguk Station or Seodaemun Station. In my case, we met up at Anguk Station, which was perfect because it was within a walking distance of my guesthouse.

At the start of the tour, Joe, our guide, handed out small packets of chili pepper—for safety (LOL!).

Historically, women were not allowed to go out at night, but those who dared go out to do business brought with them some chili pepper as self-defense not against live human apprehenders but against ghosts, which probably seemed scarier for them. Ironically at that time, except for Joe, all of us participants were ladies.

You see, although, it’s the Dark Side of Seoul, Joe was overall a bright and amiable dude who threw in some witty bits to the tour that made it even more enjoyable. 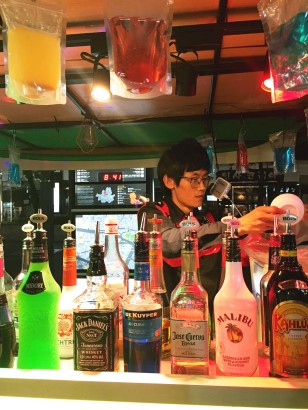 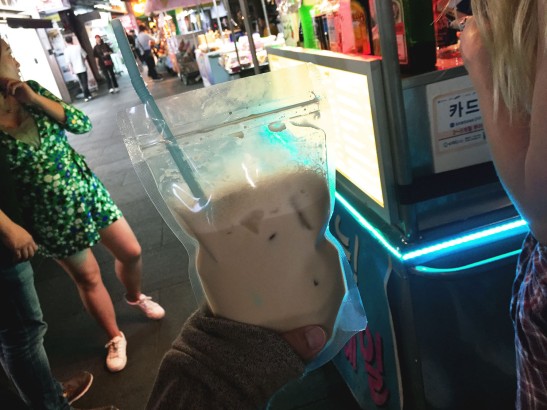 There were a lot of fun parts, like stopping by this cocktail vendor in Insadong. Very clever easy-to-carry cocktail in a ziplock plastic bag!

You’re going to walk from dong to dong, and you’d realize that some places are actually walkable from one another. I recall taking the train from Myeongdong to Anguk Station, which took me over an hour including the time getting lost. Then, I realized, if I had just walked, I probably would have arrived sooner!

There are many spots and stories along the way, and I won’t—and I can’t because there are too many—go through all of them to not ruin the suspense. But I would like to share some of my personal favorite parts.

A back alley that held a dark, rich history 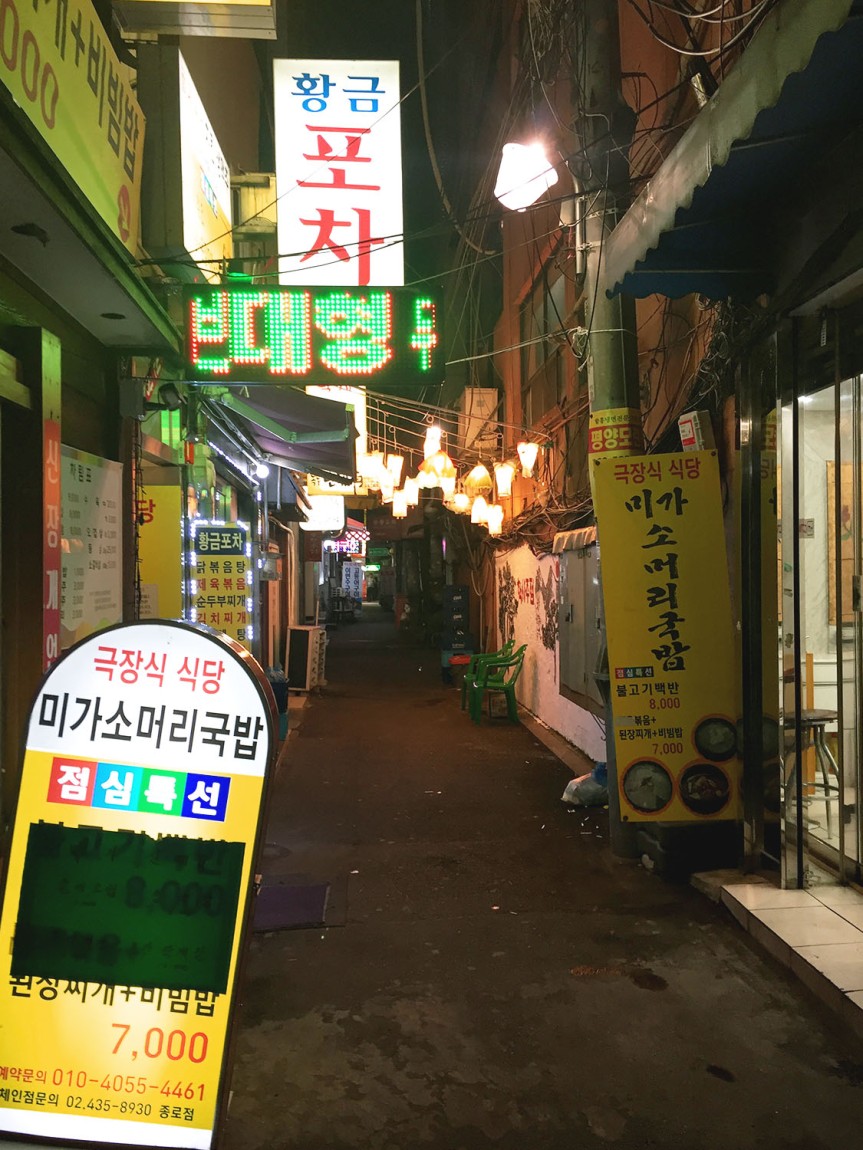 Pimatgol was once a long, teeming back alley that held a dark, rich history that it tried to preserve in the past hundreds of years, but dimmed and suffered the pull of modernization. Pimatgol came alive in the Joseon era, dating back 600+ years. It was a narrow back street built to avoid encountering the aristocrats and royalty on horses, whom they had to bow and kneel to until they passed—a waste of time for people busy trying to make a living. For the past several decades, it served as a home to small pubs and restaurants, until a big part of it got torn down and replaced with bigger, more modern buildings.

The horrific bridge that not even locals know about 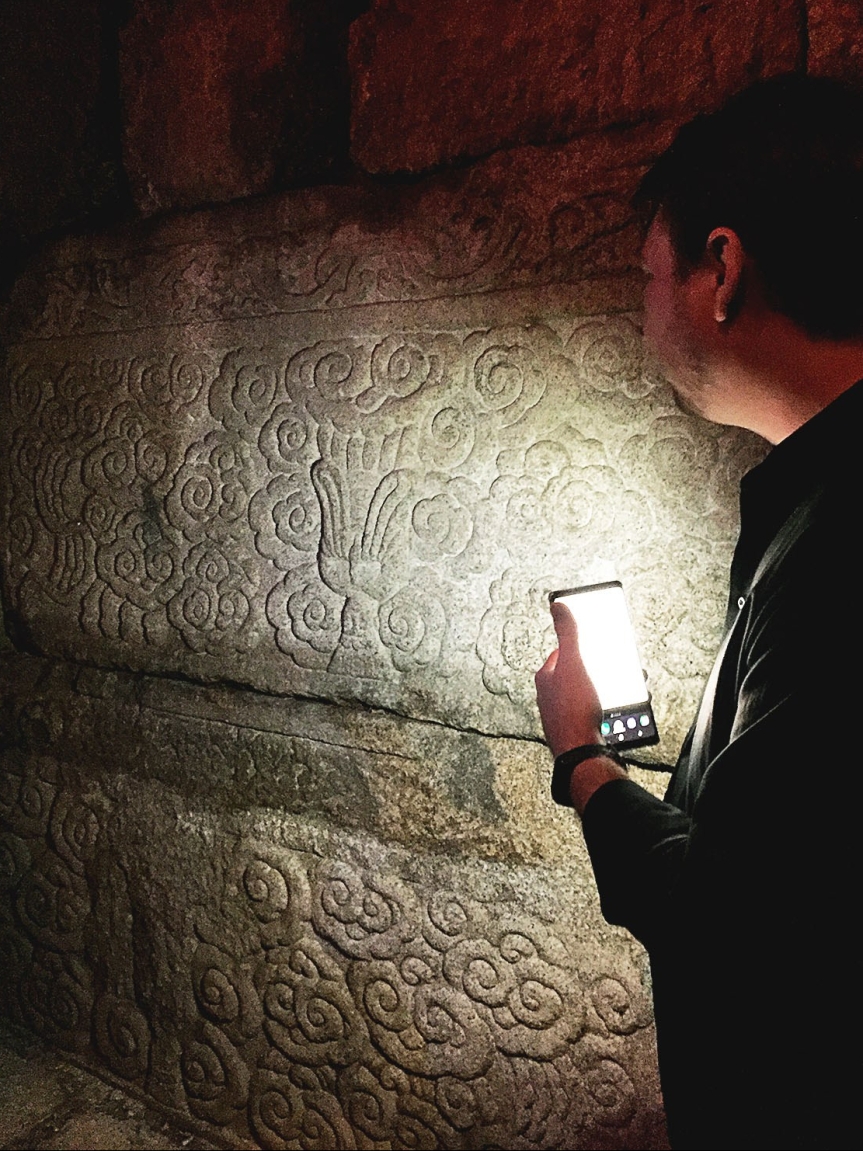 One of the bridges across the famous Cheonggyecheon stream—especially a famous dating spot—harbors a piece of dark history that eventually got obscured by time, and now not many Seoulites know about it. Not even the lovebirds that often flock in the area.

The Berlin Wall in Seoul 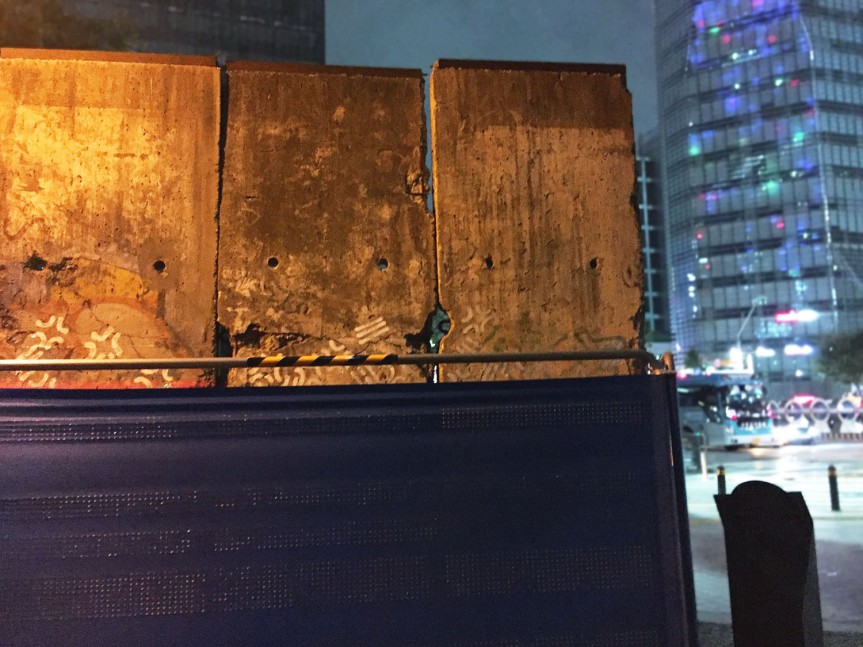 Yes, three legitimate segments of the Berlin Wall stand in Seoul. I found it interesting, very symbolic and meaningful, that Germany, once a divided nation, gifted the Berlin Wall to South Korea, which remains separate from the other Korea up north. 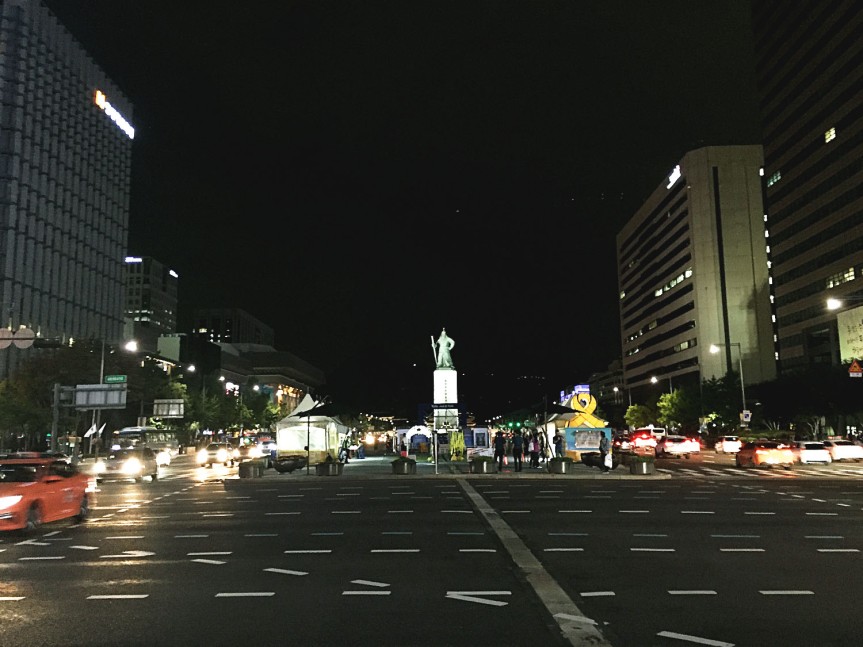 Aside from the dark long-past history, there were also more recent horror stories, some even coming from Joe’s past tour experiences. Dark Side of Seoul walking tour is a nice concoction of Seoul’s dark and creepy past, both from the distant and the more recent past. It is an exhilarating kind of tour, much different from the procedural and sometimes tedious commercial tours, although of course I’m not totally dismissing them. There are people who can enjoy such tours.

Also, if you enjoy walking, this is perfect! If you don’t like walking… come on… just suck it up. This is a one-of-a-kind experience that can make your Seoul trip even more memorable.